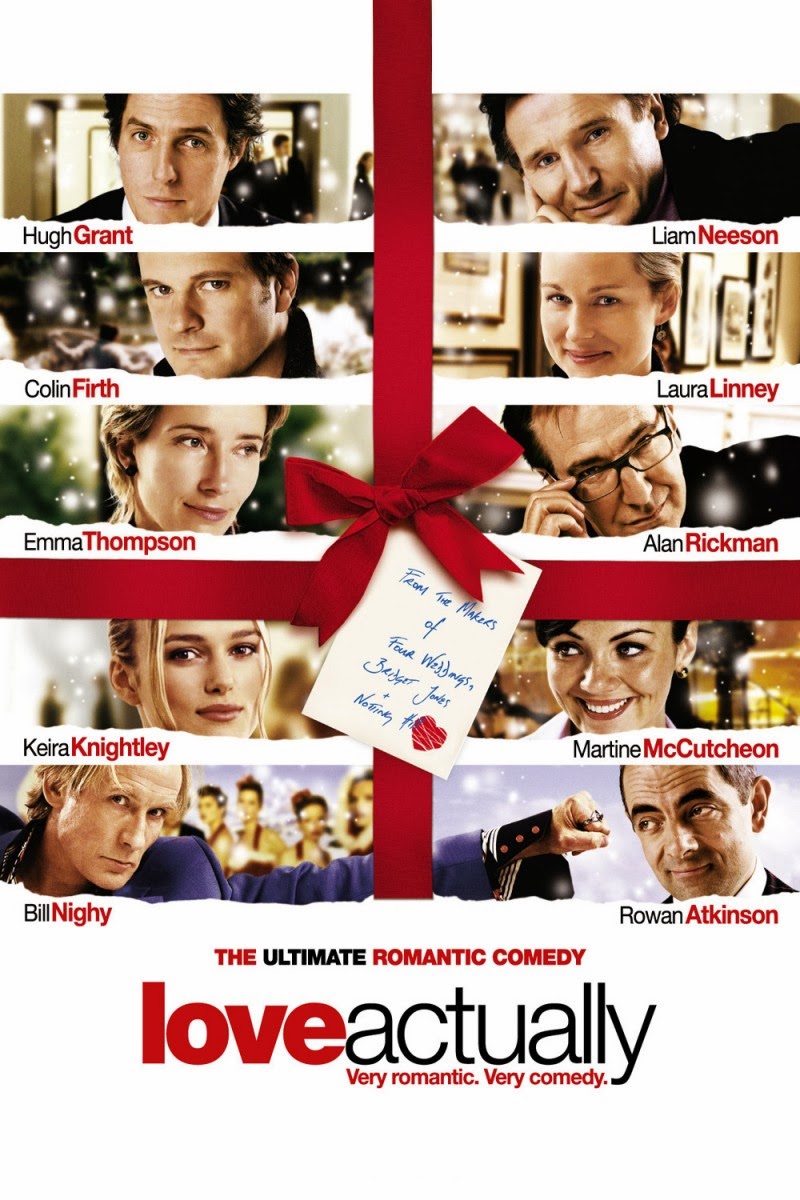 And here's the original theatrical trailer...


What the Queer Cinephile Says: The trailer, with its sassy pop music trimmings, is cleverly edited to make you think you're going to see what lazy critics like to call "the feel good movie of the year!" For a decade now I've been listening to friends sing its praises, even watching it every year as an annual holiday tradition. (Well, there are only so many times you can sit through It's a Wonderful Life.) I finally scheduled it for a New Year's Day viewing myself. Love Actually boasts an insanely appealing ensemble cast navigating nearly a dozen love stories set in the five weeks leading up to Christmas. Do all these stories work? No. But writer/director Richard Curtis skillfully handles it all, even if it sometimes feels like he's a little too much in love with his own script. He's also lucky to have the estimable talents of actors like Colin Firth (convincing in the most naive tale), Emma Thompson (going through an impressive range of emotions) and Laura Linney (heartbreaking in a setup that's not feel-good-movie-of-the-year material). And then there's Hugh Grant as the Prime Minister of the United Kingdom, a truly inspired bit of casting. But for my money, Bill Nighy steals the picture as a cheeky, lewd, over-the-hill pop star attempting a comeback by re-recording one of his old hits as a Christmas tune. Finally, there are two splendid cameos: English comedian Rowan Atkinson excels as a fussy jewelry counter associate; Billy Bob Thornton is shockingly perfect as the American president, a sleazy, swaggering amalgam of Bill Clinton and George W. Bush.

Stray Gay Observations: Weirdly, there are no LGBTQ characters featured prominently in a film with this many love stories. If you get a DVD with extras, you can see the director talk about how the original running time of Love Actually was over three hours. He had to trim things somewhere. The lesbian couple didn't make the cut. You can still see them in the extras.

The Lust Factor: There's Andrew Lincoln with his English accent, long before he became the scruffy, mentally unbalanced southern-accented sheriff trying to survive a zombie apocalypse on The Walking Dead.

Before They Were Famous: Look for January Jones in a bar scene, having a lot more fun than she ever does playing Mad Men's Betty Draper.

Should You See It? Yes, actually. It's flawed (glib at the expense of depth;  manipulative musical score), but irresistible.