What happens when queer musicians dare to cover songs made famous by divas?

Adele. The Londoner has six Grammys and an Oscar (for the Bond theme "Skyfall"). Her sophomore album, 21, broke the record for the longest run at number 1 by a female artist in Billboard chart history -- she topped Whitney Houston's The Bodyguard soundtrack from 1992. She breaks records, she's popular, she's critically-acclaimed and she doesn't give a fuck what you think about her weight. Quite a diverse assortment of artists have publicly admired her, too -- from Madonna, Patti LaBelle and Stevie Nicks (A duet, please!) to Foo Fighters' Dave Grohl and Guns N' Roses guitarist Slash.

There's an argument to be made that the singer's biggest hit, "Someone Like You," is a future standard. It's just piano, voice and perfectly modulated woefulness. If you're not one of the half a billion people who've already watched the video on YouTube, have a look...

"Someone Like You" is the kind of song that's destined to be covered. It will be over-orchestrated and over-sung for decades to come. Occasionally someone will get it right, like Paul Middleton, a cubby ginger Londoner who channels the melancholy with restraint and dances with his own stoicism. It's a remarkably good fit for this newcomer. Have a look/listen...


Find out more about Paul on his website. Check out his YouTube page. His music is available on his website, iTunes and CD Baby. And here are a few photos of handsome Mr. Middleton... 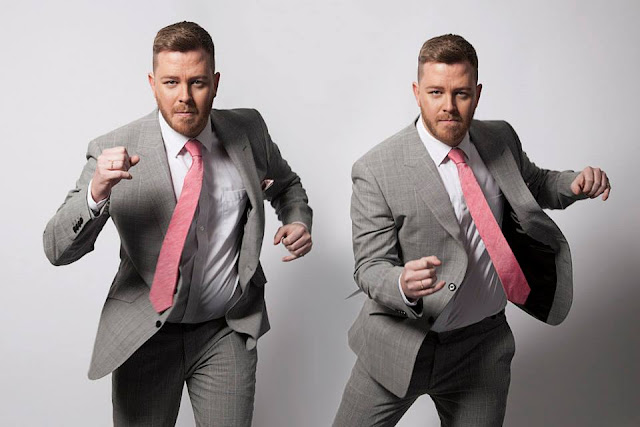