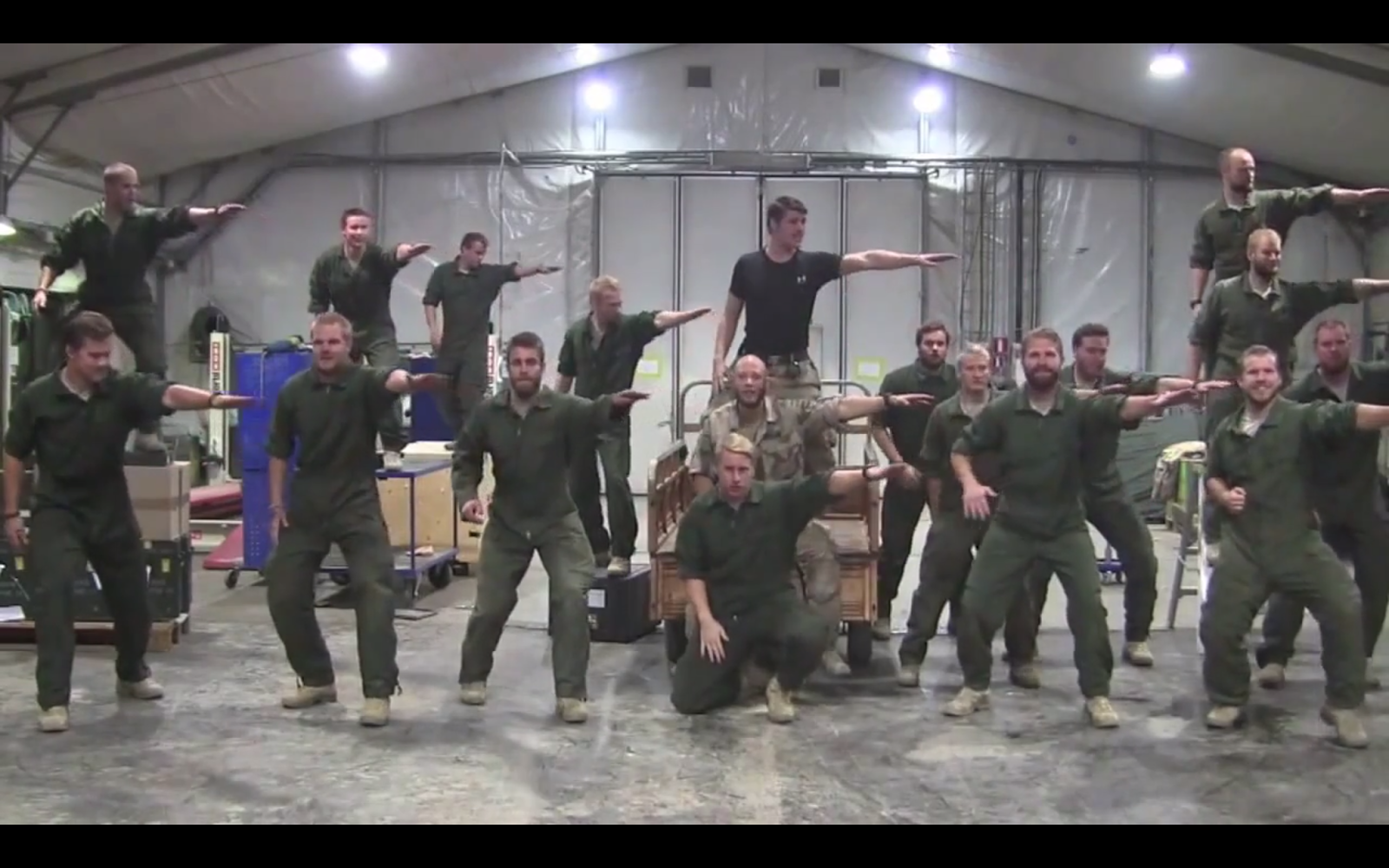 Over the last few years I've posted a couple of videos of U.S. military personnel lip-syncing and dancing to popular hits, like Carly Rae Jepsen's "Call Me Maybe" and Lady Gaga's "Telephone." They typically rack up millions of views on YouTube and bring the smiles. There are, however, some perpetually constipated individuals who are not amused by these videos, apparently believing that the men and women serving our country in places like Afghanistan should lead miserable, fearful, uncreative lives and be content to clean guns and read the Christian Bible in their downtime. Let's be honest, there are far worse things they could be doing off duty than learning the lyrics to a pop tune and teaching themselves some funny choreography for a video. If this kind of thing keeps them sane, I'm all for it.

Earlier this year, a group of Swedish marines in Afghanistan -- I didn't even know Sweden had marines -- produced a video of their own. It's a smashing version of "Greased Lightning" from the 1978 film (and guilty pleasure) Grease. The idea came to marine Boris Zelada, who also directed, after his unit watched the film together one night. Impressed with star John Travolta's showstopper musical moment, they all decided to put something together in their free time. They've substituted camo gear and a military vehicle for leather jackets and a classic car, but pretty much taught themselves most of the film's original choreography. With a few additional hip thrusts. And a couple of simulated bro sex moments surreptitiously planted in the background. Like the car in the film, this video is systematic, hydromatic and ultramatic... and the queerest thing I found on the Internet this week. Just watch.


If this is any kind of representative sample of Swedish men, then the country must be filled with good-looking dudes. I was already grateful to Sweden for giving us ABBA. This is just icing. Also, I want to live in a world where wars are settled by dance-offs.


If you'd like to see how close these guys got to the original, have a look.

Want to see some other entries in this series? Go here or here.
Posted by D. Everett Salyer at 6:46 AM