As a southerner, I've been listening to these seven words all my life: "It's not the heat, it's the humidity." I call that southern science. And it's not particularly comforting when the sweat is rolling down my back into my underwear. Anyway, it's going to take more than sunscreen, shade, AC or lots of citrus-kissed blonde ales to get me through the next couple of months. Summer needs a soundtrack! In part two of this 6-part series, I'm featuring earworms from tUnE-yArDs, Sam Smith and Fucked Up.


tUnE-yArDs. Music meets performance art. Based in Oakland, California, tUnE-yArDs (yes, it's deliberately stylized that way) is the creation of Merrill Garbus, a vocalist and multi-instrumentalist wild woman with a seriously unconventional imagination. She's an amalgam of influences, yet startlingly original. Accompanied by Nate Brenner (bass and synthesizers), they're work is an eclectic, convention-defying, passionately theatrical endeavor. Check out the tUnE-yArDs website here.


Song & Video: "Water Fountain" -- It's a tribal, percussive, and rhythm-driven pop song that's chaotic, exuberant and catchy as hell. You can dance to it. Wildly. Garbus says the tune may fool you into "thinking that you're listening to a kids' song," but it's actually about "the disintegration of society and the rotting of American cities." The video looks like a mashup of Pee Wee's Playhouse, Yo Gabba Gabba and Sesame Street on acid.

Sam Smith. This British singer-songwriter first got noticed in 2012 as the guest vocalist on Disclosure's "Latch," a synthpop cut that hit the charts in a dozen countries. That collaboration led to a solo EP and critical acclaim -- he landed on top of the BBC Sound of 2014 poll, a list compiled by 170 DJs, critics and bloggers to honor emerging artists. He has an amazing vocal range and claims he honed his voice by singing along to Aretha Franklin and Whitney Houston records. And just before the release of his first full album (In the Lonely Hour), Smith addressed rumors about his sexual orientation by telling Fader magazine that the release "is about a guy I fell in love with last year, and he didn't love me back." Heartache + Music/Lyrics/Emotive Voice = Success? That formula worked pretty well for Adele a few years back.

Song & Video: "Stay With Me" -- It's a raw, moving gospel-inflected ballad. There are multiple videos for the song, but I like this one, a straightforward studio session with a full choir. Smith's website, with an alternate video version of the song, is here.

Fucked Up. As their name suggests, this is a hardcore band. But beyond pushing buttons and boundaries with that name (The New York Times has referred to them as "a well-regarded, profanely named Canadian band"), this ambitious sextet has been delivering prodigious, melodic punk and experimental rock since 2002 -- and that's a long time for a hardcore punk band to remain relevant. Their live shows are raucous events that feature manic singer Damian Abraham, who's been called everything from "an unhinged monster" to "a brute wrecking ball of a man." He's got a killer grin, too.

Song & Video: "Sun Glass" -- It's a rollicking, slamming but ultimately accessible wall of sound. Even if you don't understand most of the lyrics, you may find yourself sporadically shouting "Sun glass!" right along with Abraham. This is the kind of song you play at a pool party and people start asking, "Who is that?" The video is sort of effortlessly cool, juxtaposing sun-tinged glimpses of the band with images from a fervid live performance.


There are some pretty great lyrics between Abraham's chant-like roar of "Sun glass!" See below. 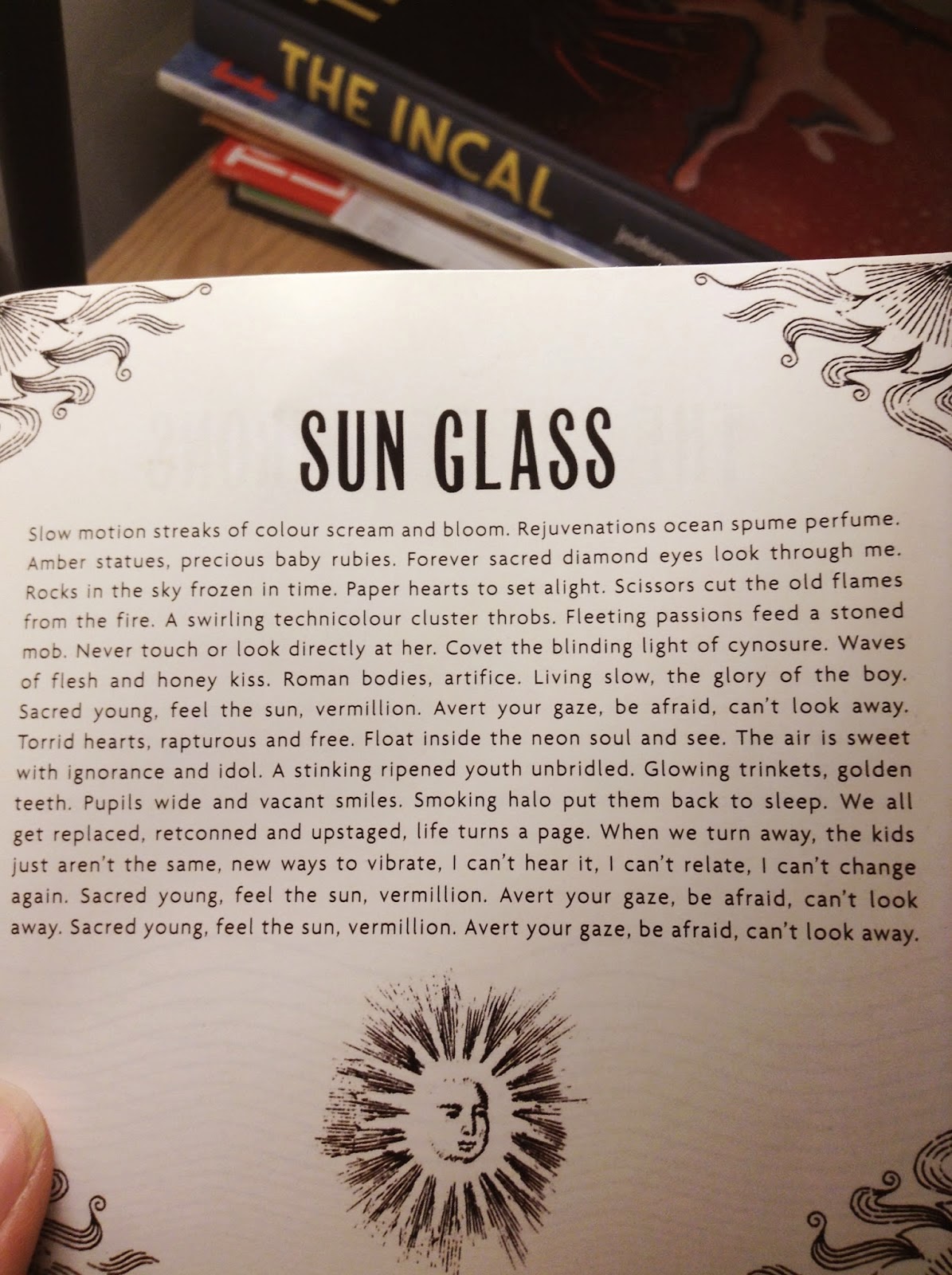 Did you miss volume one in this series? See it here.