Robin Gibb is Dead, Jim Parsons is Gay & The Real Sin of Sodom, Among Other Things

Bazinga! He's Gay! James Joseph "Jim" Parsons is the scene-stealing, two-time Emmy-winning actor who plays theoretical physicist Sheldon Cooper on CBS's The Big Bang Theory. Reviewers and fans of the show have long speculated that the quirky character has Asperger syndrome and/or obsessive-compulsive disorder, and though technically straight, is so repressed that it doesn't matter. Now a New York Times profile matter-of-factly describes Parsons as "gay and in a 10-year relationship," a bit of information that probably does not surprise fans with sensitive gaydar. More interesting news, for me at least, is that Parsons has been cast in Ryan Murphy's screen adaptation of The Normal Heart, Larry Kramer's fierce (and largely autobiographical) play about HIV/AIDS activism in the early1980s. 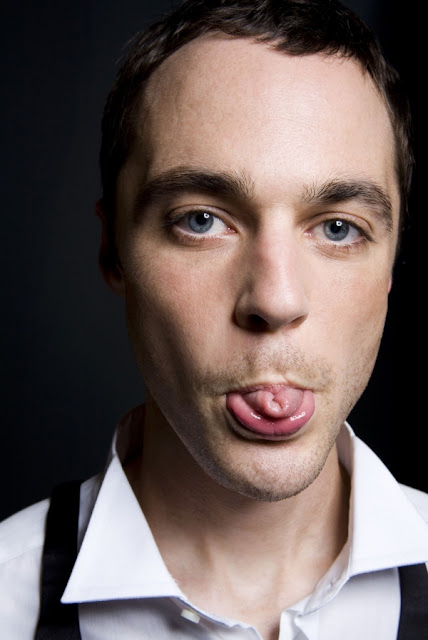 For at least a couple of years now, I already assumed Jim Parsons was gay. When comments and links to various articles starting coming through my Facebook news feed about it, I was only surprised by the number of tacky, cynical responses I kept reading. Like, "In other news, water was revealed to be wet today," or "Was this supposed to be shocking?"

Here's what I think. There are certainly people all across America who did not know Jim Parsons is gay; they will be surprised. And there are certainly gay and lesbian kids who will take some comfort in this revelation. It's a big deal when a star from the highest-rated sitcom on television comes out. But I feel like LGBT celebrities can never really please our community, no matter what they do. There's always going to be someone screaming "Why didn't he do this five years ago!"

As far as I'm concerned, celebrities get to come out when it feels right to them, just like the rest of us. Lily Tomlin was 30 years into her career before she ever made it official. Sean Hayes from Will & Grace did not publicly discuss his sexual orientation until 2010, after the show had been off the air for four years. No matter how or when a celebrity comes out, their timing is never going to make everybody happy. And I'm genuinely weary of this idea that all gay celebrities have to spill their guts to People or The Advocate or Entertainment Tonight or Oprah or any publication or news program in order to make their sexual orientation real for everyone else.

For instance, here's actor Victor Garber with his partner, model and artist Rainer Andreesen. Garber never speaks of his personal life, ever, but is occasionally photographed with Andreesen and has been openly supportive of marriage equality. Does his failure to have ever graced the cover of People magazine with the words "I'm Gay!" next to his face make him any less gay? And if he did show up on  Ellen next week and tell the country's most famous lesbian that he's gay, wouldn't there be all kinds of people screaming, "Why didn't he say that when he starred in Titanic?" 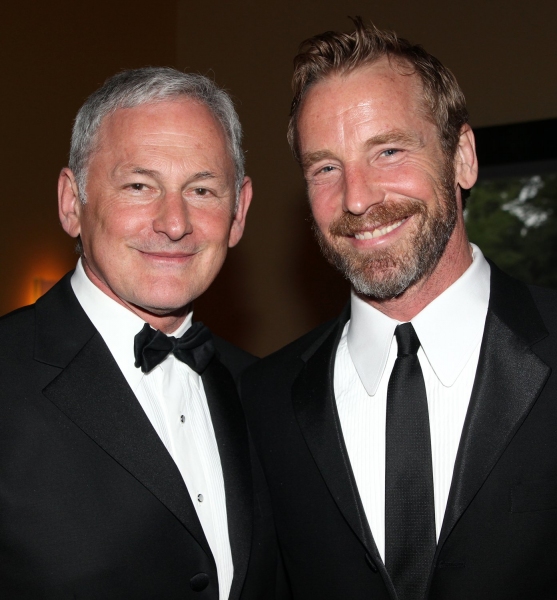 The Real Sin of Sodom. A few years ago I invited theatrical performance activist Peterson Toscano to appear at a gay men's conference I was coordinating. Peterson has a fascinating backstory. He spent 17 years and over $30,000 in reparative therapy attempting to change and suppress his homosexuality and gender differences. In January of 1999 he finally came out and accepted himself as a gay man. Since then he's traveled the world as a survivor of the ex-gay movement, using comedy, storytelling and one-man plays to explore LGBTQ issues, sexism, racism, violence and gender. He also takes a radically realistic look at Bible stories, too. In this recent video from his YouTube channel, Peterson re-examines the Genesis story of Sodom, a part of the Bible that I've always found creepy and disturbing. Peterson says the story isn't about homosexuality at all. I agree.

Here's Your Religious Fruitcake of the Week. That would be Pastor Charles L. Morely of Providence Road Baptist Church in Maiden, North Carolina. President Obama's recent announcement that he supports same-sex marriage made the pastor "pukin' sick," so he got up in the pulpit and delivered a sermon that included a plan for killing off gays and lesbians. It goes like this:


"Build a great big, large fence -- 150 or 100 mile long -- put all the lesbians in there. Fly over and drop some food. Do the same thing with the queers and the homosexuals. And have that fence electrified 'til they can't get out. Feed 'em, and you know what?  In a few years they'll die out. You know why? They can't reproduce."

Even Hitler himself would have rolled his eyes at this "Final Solution." Apparently it has not occurred to Pastor Morely that heterosexual couples outside the fence are going to keep having gay and lesbian babies. But wasn't that food drop business a compassionate twist?

You know, I can't even be outraged by this kind of language anymore. I pity him and his entire congregation, especially the ones condoning this plan with a hearty "Amen!" I don't even care that he said it, or that he won't take it back. I'll even defend his right to say it. What deeply offends me is that repugnant religious terrorists like Pastor Morely have tax-exempt status while preaching this bullshit. And that's not right. He and his ilk have abandoned Christianity.

R.I.P. Robin Gibb. First we lost Donna Summer to cancer, and now Robin Gibb succumbs after a long battle himself. If that name doesn't quite ring a bell, think Bee Gees. Robin, an extraordinarily gifted singer/songwriter, was the brother of Barry and Maurice Gibb. Sure, most people think of the Bee Gees as the '70s disco group whose music was omnipresent during the latter half of that decade, but I remember their pre-disco work in the 1960s and early '70s. That's when Robin's tender vibrato was featured on a number of Bee Gee's hits, including "I've Gotta Get a Message to You," "I Started a Joke" and "New York Mining Disaster 1941." The group disbanded in 1969, primarily because Robin wanted to fly solo. But people wanted the brothers Gibb together, so Barry, Maurice and Robin regrouped in 1970, scoring more hits like "Lonely Days" and "How Can You Mend a Broken Heart."

Fearing they had become mired in a creative rut, the brothers relocated from London to Miami and reinvented themselves, eventually releasing 1975's Main Course, a breakthrough album that was divided between romantic balladry and tunes with an aggressive beat. And although brother Barry's falsetto emerged as the dominate voice, Robin continued to co-write the songs and make those three-part harmonies soar. Then came Saturday Night Fever, the movie soundtrack that sold 15 million copies and stayed at the top of the Billboard album chart for 24 consecutive weeks. Robin co-wrote eight of the 17 songs on the soundtrack.

Robin's solo efforts are largely forgotten, but he managed to crack the Billboard Hot 100 in 1984 with a skippy new wave synthpop number called "Boys Do Fall in Love." Back in those pre-Internet days when we didn't have access to every detail of a celebrity's life, I wondered if Robin Gibb was gay. He wasn't, even though this is exactly the kind of song that feels like it could only have been written by a gay dude. If Donna Summer is an obvious gay muse, Robin Gibb is a sly one.

And we try to be cool as we dance in a crowded room
At the end of the day, makin' love to a paper moon