In this four-part, end-of-the-year series, I'm featuring sixteen queer artists or bands that fucked with the heteronormative cultural bias in 2014. 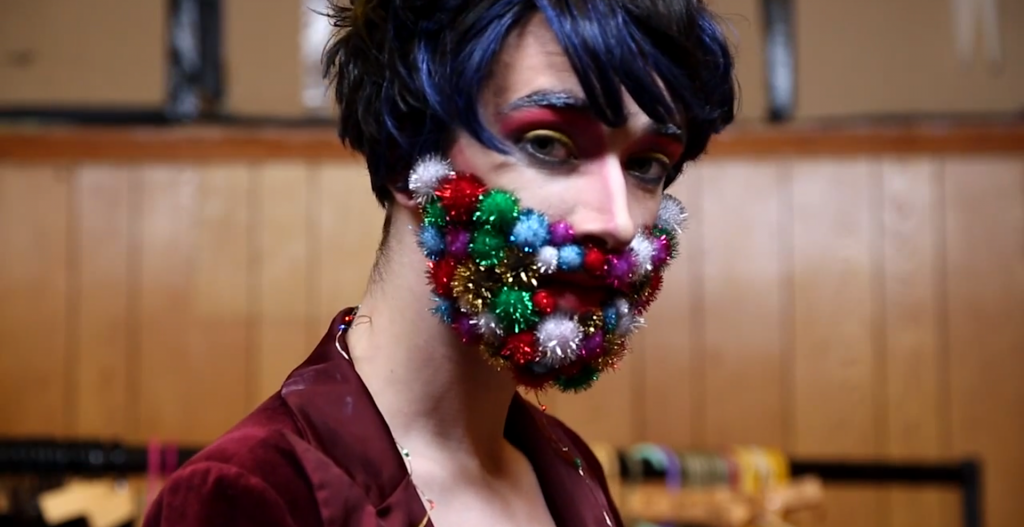 Song & Video: "Mother Lode." It's a soulful, bittersweet, epic ballad -- and a perfect showcase for vocalist Chanticleer. The gorgeous black and white video was shot at Embers, the oldest downtown gay/drag/dance bar in Portland, Oregon. Video co-director Michael Palmieri has since joked. "We sincerely hope that people remember Magic Mouth as the band that made glitter sad."

The 2 Bears. They're two chunky, hairy gentleman (Joe Goddard and Raf Rundell) who don't identify as gay but named themselves after a particular segment of gay subculture anyway. Their musical niche? Updating and celebrating the kind of house music originally popularized in gay clubs. They specialize in emotionally weighty or tongue-in-cheek dancefloor tracks. Can straight guys make queer music? These two bears are your answer.

Song & Video: "Not This Time." I might argue that the song is a modern male variant of Gloria Gaynor's disco kiss-off "I Will Survive" -- the lyrics are just as gender-neutral as Gaynor's signature tune. Rundell (also known as Raf Daddy) takes the lead here, with a voice that sounds like a satisfying pint at your favorite pub. The video features members of London's drag collective Sink the Pink.

Conchita Wurst. In 2011, Austrian-born Tom Neuwirth created a public alter ego, Conchita Wurst. Some would call this a drag persona. With a beard. And then Austria chose Wurst to represent them in 2014's annual Eurovision Song Contest. Protests and homophobic attacks from a handful of countries, like Russia and Belarus, failed to make any difference. In the end, European voters and juries embraced Conchita Wurst and "Rise Like a Phoenix." In scoring, she was way ahead of her closest competition, Netherlands and Sweden. Accepting the win, Wurst declared, "This night is dedicated to everyone who believes in a future of peace and freedom -- you know who you are. We are unity. And we are unstoppable." Amen, sister.

Song & Video: "Rise Like a Phoenix." The song sounds like a delicious, old-fashioned James Bond movie theme, circa 1964. Ms. Wurst kinda knocks it out of the park. And this video is a hoot. Edelweiss!

Mary Lambert. On her Facebook page, Lambert describes herself like this: "Singer-songwriter, poet, comfy-bed enthusiast, hella gay. I've got my heart on my sleeve." You may not know her face, but she was the guest vocalist on Macklemore & Ryan Lewis' Grammy-nominated same-sex marriage anthem, "Same Love." Her first full-length CD was released in October 2014. Lambert writes all her own songs, inspired by early childhood traumas and struggles with her body image, bipolar disorder and sexuality. Sure, that sounds like she's going to take you to some pretty dark places, but Lambert transcends angst and grief. Her music is more about empowerment and self-acceptance.

Song & Video: "Secrets." The song is a confessional about the kinds of stuff she lives with everyday -- like being overweight, her bipolar disorder and, um, and analog clock. But it's a decidedly upbeat --a remix even peaked at #1 on the Billboard Dance Club chart. Yup. The video is an irresistibly goofy, joyful romp that celebrates Lambert's full-figured life.