So this is a thing you can buy. It's called the Santa Beardo Beard Hat Set. 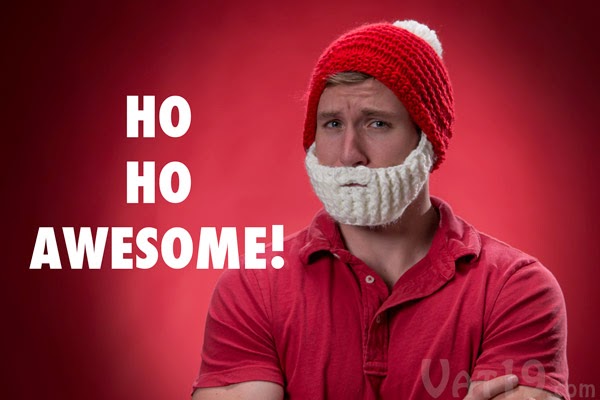 Can't locate your holiday spirit? Here's a gaggle of new holiday tunes. Maybe one will get you there.

Rend Collective. They're a Christian folk rock combo from Bangor, Northern Ireland. I'd never heard of them until their holiday album, Campfire Christmas, was released. There's a kind of irresistible goofball hipster gusto about the way they love the Lord. All their music is available on iTunes. Website is here. 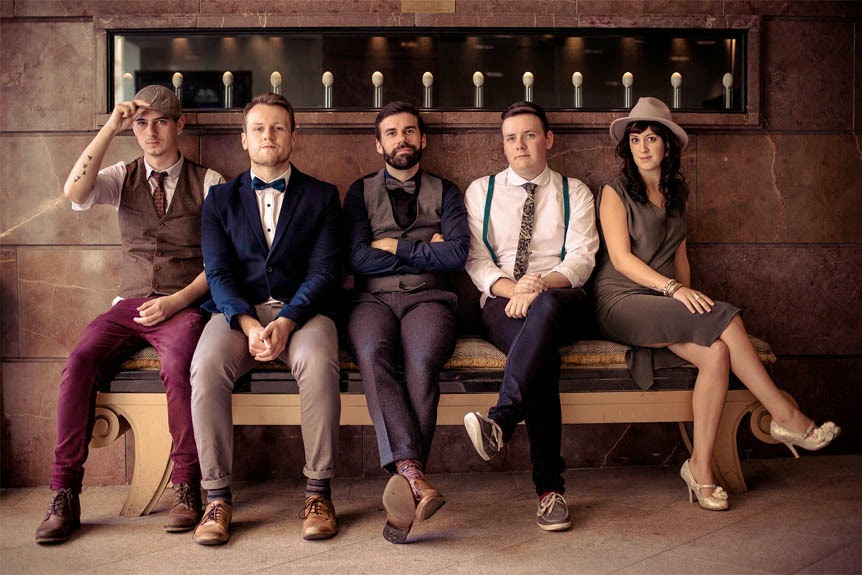 Song & Video: "Joy to the World (You Are My Joy)." This arrangement of the old holiday classic is genuinely fresh, fun and stirring -- it's also my favorite song of the season. Full of deliberately hideous Christmas sweaters, bicycles, angel wings and a singing nutcracker, the video reminds you that some Christians still have a sense of humor. 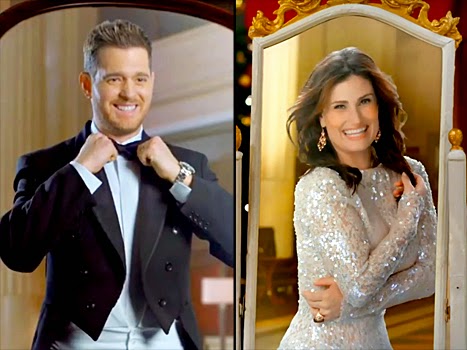 Song & Video: "Baby, It's Cold Outside." What is there to say? Two great voices breathe new life into a song that's been done to death. The video is cute -- though some may find it dangerously close to cloying because of the kids involved. And if you don't like this, go listen to a dance remix of Menzel's megahit "Let It Go." If that doesn't charm your inner Grinch, nothing will.

Crofts Family. Picture it: Idaho, 1995. Professional musician Vincent Crofts encouraged his daughters to start their own musical journey. They made a tape of Christmas songs for an older brother who was serving a Mormon mission in Brazil. When he returned, the whole family started making music together, but middle daughter Callie went on to a professional music career as an adult. She rallied the family (and her drummer boyfriend) for a 2014 Christmas album, Sparrow in the Birch. It's available on iTunes or downloadable here.

Song & Video: "Sparrow in the Birch." It's an original tune (by Callie Crofts), stunningly arranged and performed -- the harmonizing is crazy good.  Staged on a simple set, the video emphasizes the family, and doesn't get in the way of what they can do.

Band Aid 30. Thirty years ago, a bunch of the UK's biggest musicians formed a supergroup called Band Aid and recorded a charity single to raise money for anti-poverty efforts and famine relief in Ethiopia. The song -- "Do They Know It's Christmas?" -- was successful worldwide, raising about $24 million on its initial release. With its cringe-y lyrics and the occasional sound of someone straining hard to hit a note (seriously, it's the "Star Spangled Banner" of pop singles), this is one of those songs you secretly like even though you know it's not very good.  This new version -- featuring One Direction, Bono, Elbow, Sam Smith, Coldplay's Chris Martin, Seal, Ed Sheeran, Jessie Ware, Ellie Goulding and (kind of surprisingly) Sinead O'Connor -- got a bit of a lyrical makeover (it barely helps), but the voices are stronger and the production is an improvement over the original. This time around they're raising money for the Ebola virus epidemic in Western Africa. (Side note: my absolute favorite thing about this new version is that openly gay Sam Smith sings the lyric that coy-about-his-sexuality-back-then Boy George delivered in the original. Nice choice.)

Sam Smith. He became a household name in 2014 thanks a smash debut single, "Stay With Me" and a chart-topping debut album, In the Lonely Hour. Week's prior to the album's release, Smith opened up about his sexuality: he's gay "...and it's as normal as my right arm."

Song & Video: "Have Yourself a Merry Little Christmas." Smith's interpretation of the classic, originally sung by by Judy Garland in the 1944 MGM musical Meet Me in St. Louis, is beautiful, jazzy and tinted with the melancholy of Garland's original recording. It's a beautiful thing --  he's accompanied solely be piano and that velvety voice just fits the song. It's a lower case kind of video -- Smith and his pianist carry it all.

Pentatonix. One of the true musical success stories of the decade, Pentatonix won the third season of NBC's The Sing-Off and created a YouTube page for their homemade videos. The clips went viral fast, a recording contract followed and they just released their second holiday album -- which has the distinction of being the highest-charting Christmas album by a group since 1962. (And two of its members -- Mitch Grassi and Scott Hoying -- are openly gay.)

Song & Video: "Mary, Did You Know?" Written in 1984, the tune has become a perennial, recorded by everyone from Clay Aiken and Reba McEntire to Cee Lo Green and Mary J. Blige. Pentatonix's a cappella/beatbox version is sincere and lovely, with moments that really soar. The video is all faces, candlelight and lens flare. Thankfully, they skipped the fake snow.

Mac Lethal. And now for something completely different -- and not safe for work. He's from Kansas City, Missouri. He's from the hip hop underground. Yes, there's a hip hop underground. His music has charted on the Billboard Top 100 and he posts videos to a wildly popular YouTube channel (full of "therapy, fast raps and drunken rants"). He's smart, cheerfully vulgar and adorable. That's a rare combination, people.
Song & Video: I'm not sure this has a title, exactly, but it's called "Santa Raps SO Fast!!!" on his YouTube channel. Donning a Santa cap, Lethal does in fact rap really, really fast. (Fortunately, he provides subtitles.) And the rapping is not exactly safe for work. You've been warned. Oh, and he may have set some kind of fast-rapping record.


Have a cozy, peaceful holiday season. Or enjoy the madness. Your choice. Carry on.

Peace out,
David
Posted by D. Everett Salyer at 7:06 AM