Donna Summer is Dead and Dubstep Lives, Among Other Things

R.I.P. Donna Summer. Yes, I'm old enough to remember the assassinations of a president and a civil rights leader, the scandal of Watergate, the tragedy of Vietnam and the surreal exclamation point that followed it all: disco. Seriously, after all that, who can blame people for just wanting to tune out and dance? But has there ever been a musical genre more maligned than disco? Donna Summer, dubbed the Queen of Disco since the late '70s, has died of cancer at the age of 63. Even if disco is not your thing, it's impossible to dismiss the splendor of her mezzo-soprano vocal range or her accomplishments as an artist. 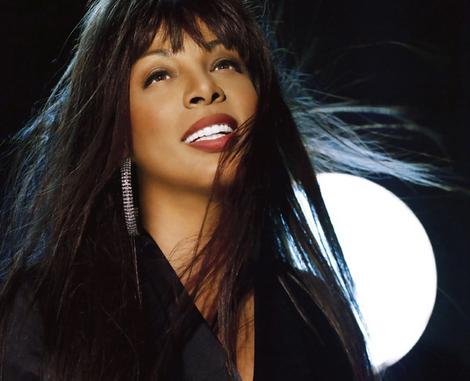 Born Ladonna Adrian Gaines, Summer's first success came in European stage productions of Hair and Godspell in the early '70s. Then she met legendary producers Giorgio Moroder and Pete Bellotte who convinced her to record 1975's star-making, erotically-charged whisper-and-moan ballad "Love to Love You Baby," a song with one-hit wonder written all over it. But Summer emerged as a bonafide force to be reckoned with, recording 32 singles that charted on the Billboard Hot 100; fourteen of them made it into the top ten. She was the first artist to have three double-albums reach No. 1 on Billboard's album chart, won five Grammys, and experimented with a variety of styles when disco faded, like pop-rock, new jack swing and gospel/inspirational. Of her hits, I like "Dim All the Lights" (which contains the longest sustained note sung by a female artist in a top 40 song in both the US and UK, at about sixteen seconds), and "MacArthur Park," a stunning, peerless rendition of song that was covered by everyone from actors Richard Harris and Howard Keel to country stars Waylon Jennings and Glen Campbell (yes!). But you can't beat "Hot Stuff," a perfect disco-rock fusion with scorching electric guitars and a classic keyboard riff.

No one this famous ever avoids controversy. In the early '80s, following a divorce and depression, Donna Summer became a born-again Christian and attempted to shed her sultry, sex kitten image, wishing to be taken more seriously and reinvent herself as an artist. Speaking casually to a group of fans after a 1983 concert, she shared some details about her faith. A man in the group identified himself as having AIDS and asked Summer to pray for him. She said she would, hugged him and then encouraged him to turn his life over to Jesus (which, you know, is something Christians tend to do). Afterwards, a rumor started that she claimed AIDS, only recently discovered but already killing a lot of people, was divine punishment from God against gays for an immoral lifestyle. Summer vehemently denied ever saying anything like that for the rest of her career, and in fact, eyewitnesses have since come forward to say that the story is simply a myth. Some context... in the early '80s, plenty of preachers and so-called Christian groups and organizations were demonizing gay men and characterizing AIDS as retribution from God. When Summer became a born-again Christian, some gay men were all too willing to believe Donna Summer had become the enemy. Not me. I'm going to remember Ms. Summer as one of those artists who contributed significantly to the soundtrack of my life.

Summer is survived by her husband Bruce Sudano, their daughters Brooklyn and Amanda, as well as her daughter Mimi from a previous marriage.

It's A Viral Thing. The Internet makes it possible for anything to go viral, like this video, simply entitled "Teachers Dancing Behind Students." Massachusetts high school history teacher Mike Penney pulled out a camera and asked students to reflect on the ups and downs of the school year that's drawing to a close -- all while his fellow teachers secretly danced in the background. Then he replaced the audio with Whitney Houston's "I Wanna Dance With Somebody" and posted it to YouTube. The clip amassed over 800,000 views in a week; the students are reportedly amused by the prank. Two observations: Abby Kelley High School appears to have a disproportionate number of sexy bear teachers, and the adorable cub in the black sweater that shows up at :50 has got some sweet moves.

Homophobic Moment of the Week. In Lincoln, Nebraska, recently, the city council listened to public comments about their proposed "Fairness Ordinance," a measure that would add sexual orientation and gender identity to the city's non-discrimination law. A woman identified as Jane Svoboda shows up to oppose the ordinance, offering up a series of bizarre observations on gay sex, HIV/AIDS, and Hillary Clinton's sexual orientation, among other things, before finally proclaiming that, "Jesus was kissed by Judas, a homo, who tried to sabotage Jesus' kind ideas. Do you choose Jesus, a celibate, or Judas, a homo? You have to choose!"

This would all be too painful to watch if it weren't for the comical reaction of the guy sitting behind her. Now here's the twist. After this video went viral, Jane Svoboda's brother came forward to let everyone know that she's a diagnosed schizophrenic who lives in an assisted living home and he's her conservator because she's incompetent. He figured it was only a matter of time before she got into trouble. According to brother Patrick Svoboda, "She does have a very tender heart... but anything she says is certifiably schizophrenic... she's not some crazy conservative." But, see, the thing is... she doesn't sound terribly different from a lot of conservatives I hear railing against gay rights ... the ones who haven't actually been diagnosed as certifiably schizophrenic... yet.

My Favorite Music Video(s) of the Week. There's a dubstep artist named Skrillex whose music sounds like his name. He's achieved trans-continental fame and won three Grammys earlier this year. His video for "Bangarang" has been out several months now, accumulating a staggering 33 million views on YouTube. He's hot. But what is dubstep? It's a genre of electronic dance music that originated in South London, England. It's characterized by killer bass lines and reverberant drum patterns, clipped samples and occasional vocals. And since I hear people constantly maligning it, dubstep may very well be the new disco. But I digress. Watch the video for Skrillex's "Bangarang" and decide for yourself.

I showed you that so that I could show you this. If you want an honest opinion about dubstep and "Bangarang," ask a kid. The folks at music channel Noisey did just that.

Peace out,
David
Posted by D. Everett Salyer at 6:53 PM