R.I.P. Jonathan Frid AKA Barnabas Collins. Jonathan Frid, the Canadian actor who played vampire Barnabas Collins in the 1966-1971 gothic daytime soap opera Dark Shadows, died of natural causes on Friday, April 13th. He was 87. This happens just weeks prior to the release of Tim Burton's remake of Dark Shadows starring Johnny Depp as Barnabas Collins. Cult devotees of the series have been openly critical of the Burton/Depp film since trailers hit the Internet and theaters, fearing it's too campy and not respectful enough of the original. But there's some good news for more open-minded fans like myself. A handful of the show's original stars -- Kathryn Leigh Scott (Maggie Evans), David Selby (Quentin Collins), Lara Parker (Angelique) and Frid himself all have cameos in the film. 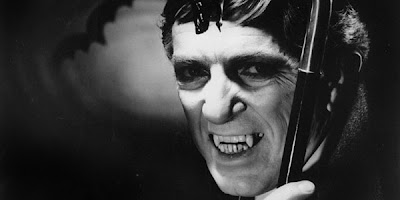 Here's what it looks like when a long-lost relative, who happens to be a 175-year-old vampire, shows up at your door.


For more on Frid, go here.

R.I.P. "America's Oldest Teenager." Dick Clark died of a massive heart attack last week at the age of 82. Even if you're not old enough to remember him hosting American Bandstand, you've probably seen his annual New Year's Rockin' Eve special broadcast live from Times Square at least once in the past forty years. I was one of those kids who watched American Bandstand every Saturday growing up, excitedly exposed for the first time to a truly diverse range of musicians, from the Jackson 5 and ABBA to Stevie Wonder and Steely Dan. Along with Ed Sullivan, Dick Clark was a primary force in legitimizing a lot of things that make parents nervous --  rock and roll, psychedelic, funk, soul and disco. He knew how to work that clean-cut appearance and carefully cultivated an unflappable style.

There are a lot of video tributes out there, but I appreciated this one from the kids at SourceFed.


Dick Clark often publicly dismissed his influence by saying, "I played records, the kids danced, and America watched." Nice and humble. Personally, I appreciate Dick Clark (and American Bandstand) for showing me something truly fabulous every now and then. It made growing up gay in the south with parents who watched Lawrence Welk and Hee Haw a little easier. Thank you, Mr. Clark, for introducing me to Sylvester, Sparks, The Raspberries, Al Green, Loggins & Messina, Alison Moyet, and Village People, among others. Speaking of Village People, here's Mr. Clark's charmingly oblivious  interplay with the gayest group of the 1970s -- and witness the birth of the "YMCA" hand and arm choreography.

Heidi Klum Proves I'm Gay. She's the German-American supermodel, television producer and host (Project Runway) who's been featured on the cover of the Sports Illustrated swimsuit issue. Ms. Klum has worn a lot a Victoria's Secret underwear over the years, too. She's beautiful and wealthy and has an effervescent personality. I'd love to hang out with her and dish about Project Runway over some good German beer. But that's all. Heidi Klum could strip down to the sexiest underwear Victoria ever created and the only thing I would have to say would be, "It's pretty, but is it comfortable?"

Here's the cover photo of Heidi Klum from the May 2012 issue of Allure magazine. She strips naked for a photo shoot. Don't get too excited; her hands and arms are strategically placed to cover her nipples and va-jay-jay. And this is English actor Jason Statham (Crank, Snatch, The Transporter). Here's the photo they used for the April 2012 issue of Details. This stopped me dead in my tracks every time I passed a copy on a magazine rack last month. He's got the look, and plenty of allure. 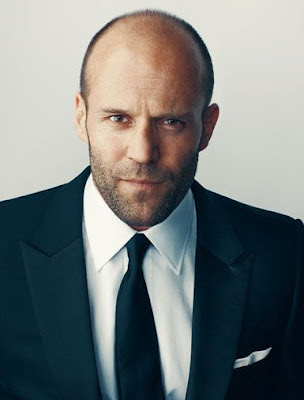 The Herman Cain Performance Art Project. Sure, Herman Cain may have dropped out of the race to be the GOP presidential nominee after allegations of sexual harassment and marital infidelity, but he's still hanging around the edges of politics. He's endorsed Newt Gingrich for president. He organized "Revolution on the Hill," an April 16th event to protest the tax code that drew a couple of hundred people to DC. And there's a website devoted to convincing you that he's a "CEO, Businessman, Author, Accomplished Speaker, Media Personality." I'm going to have to respectfully disagree with the Accomplished Speaker part.

Anyway, that's not all he's been up to since losing his seat in the Republican clown car. He's been making a series of online political ads under a vague "Sick of Stimulus" theme -- presumably meaning the Economic Stimulus Act of 2008, which was signed by George W. Bush and had the bipartisan support of both parties, or maybe the American Recovery and Reinvestment Act of 2009, enacted by Congress and signed by Barrack Obama... it's not clear which one makes him sick. There are three of these ads so far.  In the first two, a goldfish and a bunny must die in order for you to understand that Herman Cain doesn't like stimulus. Still not convinced? Fine. Maybe killing a chicken farmer will open your eyes.

"Any questions?" says the same little girl in all these ads. A few come to mind, like: Did you used to live in a Stephen King novel? Where on Earth did you ever find a gay chicken farmer? And... If I give you a dollar, will you push Herman Cain off that cliff?


This Really Existed, Briefly. The Conservative Teen was a magazine for, well, it's right there in the title. It featured articles written by current and former adult employees of Fox News, the Family Research Council hate group and the Heritage Foundation, a right-wing think tank. It was full of nuggets like this:

Is there something wrong with sex? People sometimes accuse conservatives and abstinence supporters of treating sex as something dirty and shameful. Nothing could be further from the truth! Sex is normal and natural. The vast majority of people will have sex at some time in their lives. We need people to have sex in order to produce babies -- otherwise the human race would become extinct! When a husband and wife have sex, they express their love for each other and can strengthen their lifelong bond.

Okaaay... two exclamation points in the same paragraph. Really? Is it a magazine or a comic book?

Now look at the cover. 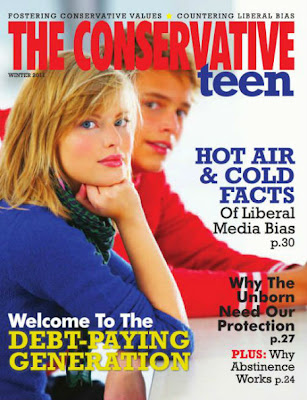 Two mentions of liberal bias there, and two of the whitest people on the planet. If you believe these are actual teenagers, then you probably believe the cast of Grease were teenagers when they made the movie, too. And I can just hear conservative teenage boys saying, "Look at that hot girl on the cover. I so totally want to abstain from having sex with her!" Yes, I know I used an exclamation point there, but they started it.

The first issue of the magazine, distributed free and available online, was widely mocked for articles like "Understanding Liberals," "Ronald Reagan: The First Black President?" and "GLEE: Songs, Sex & Sleaze." But then it abruptly disappeared from the Internet. The website is gone and rumor has it the publisher ran out of money. Or the magazine didn't make any money. So the first issue was the last issue. There's probably some lesson about the free market in there somewhere. Or maybe conservative teens are just smart enough to recognize and reject a blatant indoctrination tool when they see one.

My Favorite Music Video(s) of the Week. A pair of clips this time. This first is "If You're Never Gonna Move" by Jesse Ware, a South London vocalist. The song is a successful mash up of electronica and the late '80s shoegaze sound, all catchy and dreamy. The video spares us a narrative and just flaunts crisp, clean images of Ms. Ware herself, walking a fine line between music video and feminine hygiene ad.

Next up is the latest from Scissor Sisters, those purveyors of new disco. After releasing an awkwardly oddball video for "Shady Love" earlier this year, they're back with a seductively weird video for "Only the Horses." There are horses, running in slow motion no less, and the Sisters are sort of trapped in a desert pyramid, bathed in paint. It doesn't make a lick of sense, but my only real complaint is that there's not nearly enough face time for one of the most beautiful bands in the world. The song? Well, as some kid from American Bandstand might say, "It has a good beat and it's easy to dance to."